Gloria is a neighborhood of middle class and upper-middle of the city of Rio de Janeiro, located at the northern end of Praia do Flamengo. Previously it was called Urucu-Mirim (little bee).

The neighborhood owes its name to the Church of Nossa Senhora da Gloria do Outeiro, one of the first city built in the eighteenth century, around which the settlement was consolidated in the region.

Until the 1930s was considered the Saint-Germain-des-Prés (Paris) Rio, because since the end of 1880 was home to hotels that served as the residence deputies, senators in office in Rio de Janeiro, the Brazilian capital. Much of its architectural and urban models were inspired by Paris, just consider the Paris Square, a true French garden. It was in this neighborhood that Machado de Assis among other artists, musicians and personalities created the famous Beethoven Club, a select group gathered to hear the works of German composer.

Between 30 and 60 years of the twentieth century, the mansions in eclectic style and a good part of workers' villages give way to buildings, which ended up giving the neighborhood the look it has today. 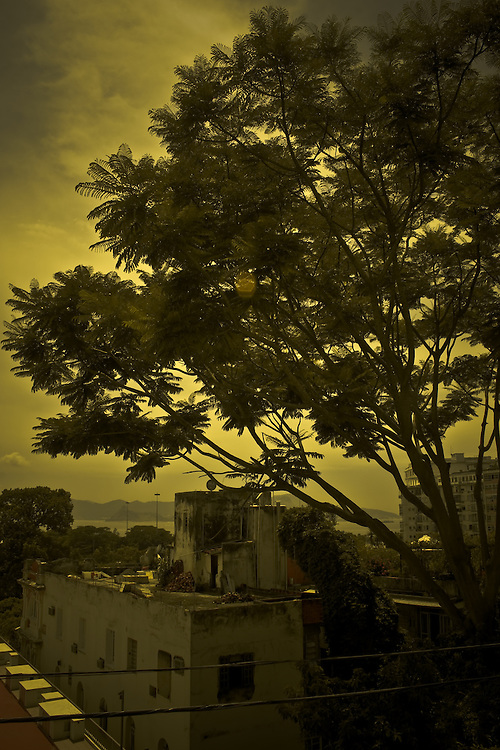