The Divine Lorraine Hotel, also known as the Lorraine Apartments, stands at the corner of Broad Street and Fairmount Avenue in North Philadelphia, Pennsylvania. Designed by architect Willis G. Hale and built between 1892 and 1894, the building originally functioned as apartments, housing some of Philadelphia's wealthy residents. Lorraine Apartments was one of the most luxurious and best preserved late 19th-century apartment houses in Philadelphia. In 1900 the building became the Lorraine Hotel when the Metropolitan Hotel Company purchased the apartments. Later it would become the first hotel in Philadelphia to be racially integrated under Father Divine.

The Lorraine, at ten stories tall, was one of the first high-rise apartment buildings in the city. The building's architect, Willis G. Hale, also designed an earlier high-rise apartment building at 22nd and Chestnut Streets, which stood from 1889 until its demolition in 1945. Hale designed many other buildings around the city, but quickly fell out of favor at the turn of the century when most patrons rejected his highly stylized Victorian designs for the sleeker style of modern skyscrapers, and most of his landmarks had been torn down after the Great Depression.

The building was closed in 1999 and sold in 2000 by the International Peace Mission. In May 2006 it was resold to Lorraine Hotel LP. to be converted into apartments. Development has stalled however, and the building remains in a dilapidated state, covered with graffiti, with windows boarded up or open to the weather. 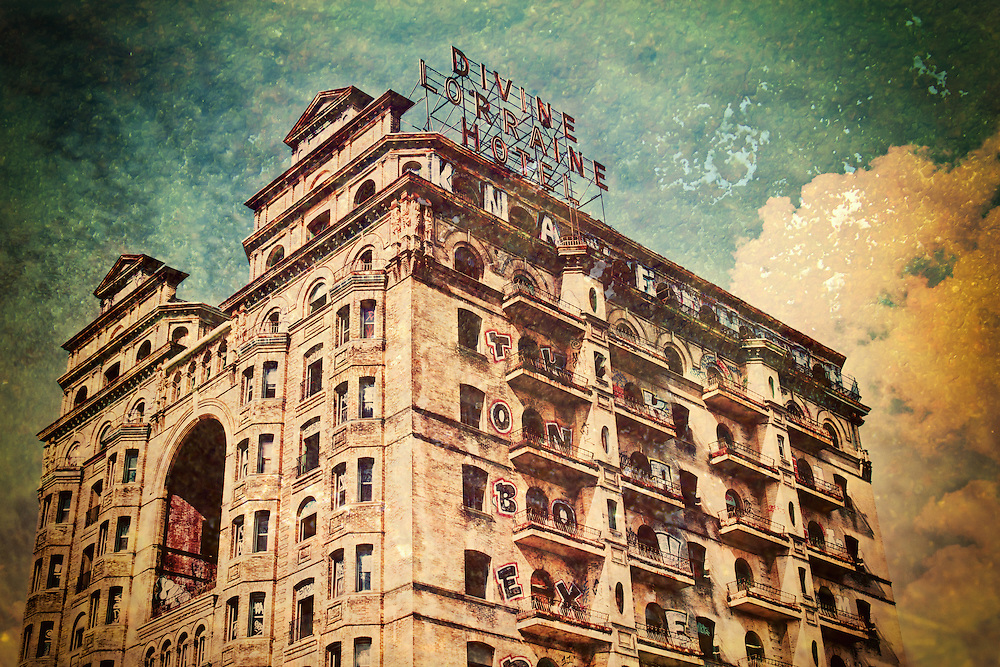